Once upon time, in a small random village next to Strasbourg, there was a group of people called the Watchers. They were placed in the four corners of the village. Citizens said that they were maybe guarding something, but they were not sure. Many years passed and those four watchers turned into stone. Yet, they still looked alive. Many people tried to approach them, but at every attempt, the statues’ eyes turned red and their mouths opened wide, whispering something that only the person approaching could hear… 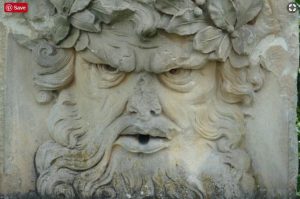 Now, it is your turn to finish the story in the comment section down below.

link of the image: https://pixabay.com/en/face-monument-grim-meaningful-2712238/